Six-month-old August Stoll went limp when he was 13-days-old and has been fighting for life in hospitals ever since. Besides being immunocompromised because he has no spleen, Baby August also has a single-ventricle heart and heterotaxy.

After numerous episodes of his heart rate dropping to dangerously low levels, he was ventilated. But still, Baby August remained a risk and sometimes went days without food because of air building around his heart. 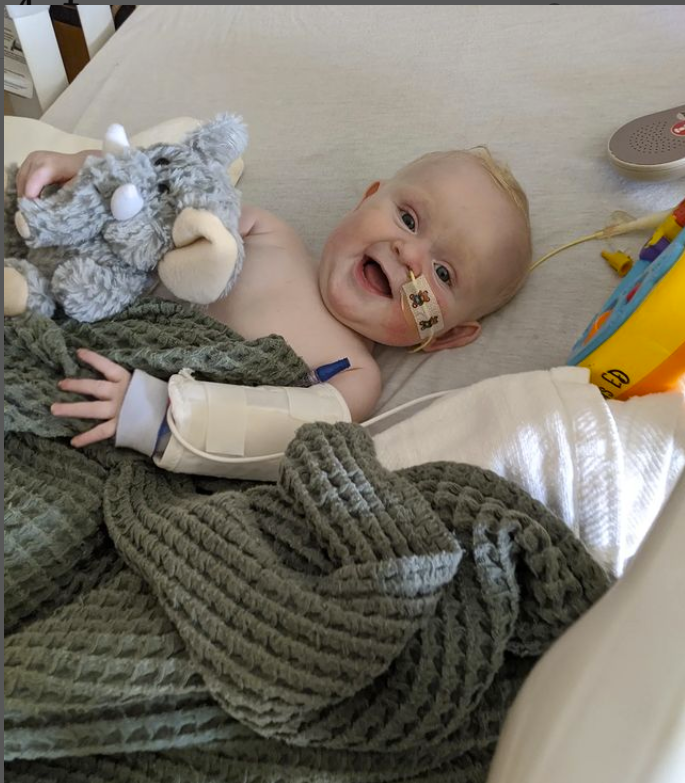 The infant was airlifted twice to the Vanderbilt Pediatric Heart Institute in Nashville, Tennessee. On June 8th, he underwent open heart surgery, though complications during the operation necessitated keeping Baby August’s heart open for five days.

Post-op tests, however, showed that the surgery was not the success they had thought, and it was decided that Baby August would need a heart transplant.

But that transplant won’t happen unless August gets injected with the entire vaccine schedule if David Bearl has anything to do with it.

Ventricular Assist Device Program Medical Director David Bearl is the head of the hospital’s heart transplant team, and on his orders, Baby August will not receive a new heart until he receives eight vaccines, including measles, mumps and rubella, varicella and Hepatitis A. The vaccine schedule, which lists the minimum age as 12 months, is not a legal prerequisite for receiving a heart transplant.

According to The Epoch Times, Bearl’s decision is not medical; Baby August can survive the transplant without being vaccinated. But as Bearl put it, “it’s just how we do things here.”

“It’s so illogical,” Baby August’s mother Hannah told The Epoch Times last week. “He’s an immunocompromised baby in critical condition and this doctor wants to pump him up with vaccines… We know it will kill him.”

“You shouldn’t deny life-saving treatment to a six-month-old baby based on a legitimate concern a parent has,” Johnson said, “As a parent, I would be beside myself.”

In addition to a Change.org petition, the Stolls have created a GiveSendGo fundraising campaign for Baby August, which has so far received nearly $40,000.

The Stolls request that supporters remain respectful when calling the Medical Center Admin at (615)322-6154 to urge the hospital to save Baby August’s life.